Mistresses fart on slave for being lazy

Mistress Angel and her friend Demon were fed up with how lazy their slave was. They had asked him to drop that habit but he could not. They planned to humiliate him out of laziness and they did it with their farts. They chose farts because it was humiliating and it would choke him at the same time. He had no choice but to change as they did it to him every day. 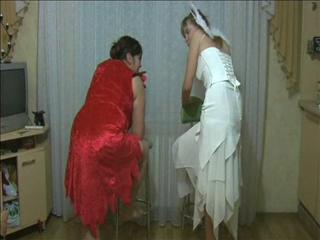